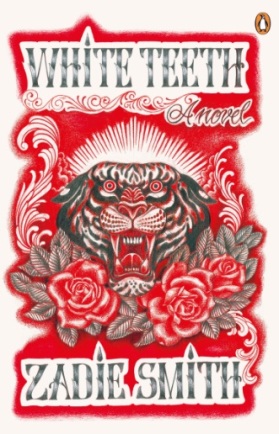 Archie and Samad are the unlikeliest of friends. Archie is white, middle-class,with a lean towards insipidness. Samad is a Muslim, devout in his beliefs and sensitive to how foreign his race and religion make him. Meeting during World War 2, the story follows the two men and their friendship through marriage, children and life post-WW2 onwards in North London, England.

The characters and situations that Smith creates are so colourful and creative in their conception. Archie is left by his first wife and hits rock bottom, and at this time meets his soon to be second-wife; the tall, beautiful, toothless Jamaican-born Clara. And Samad has an arranged marriage which produces twin boys, as opposite in nature as they are similar in looks. Smith also looks back in the lives of both Archie and Samad, at how they came to be where they are and where they go with the advent of their offspring and the subsequent joys and disappointments that parenthood inevitably brings.

On paper, this book sounds like it has it all. A wide range of kooky characters and cultures; interesting story lines, particularly the coming-of-age stories of the children; and White’s writing itself is fun and vigorous, with a colloquial familiarity even though it is set in a time and place I am completely unfamiliar with. I really wanted to like this book but when I finished and put it down, I felt oddly disappointed.

It took a while for me to pinpoint what it was that I didn’t like about this book and what it came down to was that the characters were flat, unrelatable and frankly unlikeable. Yes, I liked the idea of the coming-of-age of the children but they never felt like they progressed. And this is the same for Archie and Samad. There was no growth in their characters despite the big changes happening around them. And the characters which I did feel mild warmth for, Clara and Clara and Archie’s daughter Irie, were disapointing in their diminishment in the latter half of the novel; diminishment in both character development and appearance. The reader is privy to their thoughts and emotions but it felt like despite this I had no understanding of their motivations or their actions.

When I think of this book, I think of vibrancy and energy. It was entertaining and there is a lot to admire about it. But in the end, oddly drawn characters in what is essentially a character-driven novel made it feel hollow and flat. I am still keen to try Smith’s other list book On Beauty, but it is quite far down an enormous TBR list.