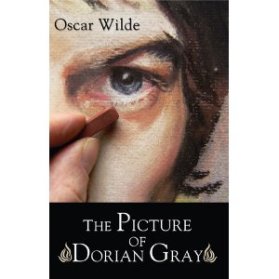 The story is about a young man named Dorian Gray who becomes the subject of a painting by artist Basil Hallward. The artist, like everyone else, is taken aback by Dorian’s beauty. While he is being painted he meets a friend of the artist, Lord Henry Wotton. Lord Henry has a view on life that enthralls Dorian Gray; his view being that the only things worth pursuing in life are beauty and fulfillment of the senses. Dorian realises that one day his beauty will fade and expresses a desire that it be the painting that ages, not him. He gets his wish and his life becomes a series of debauched events and frivolous luxury. The portrait shows all these acts as Dorian remains unchanged.

I must admit prior to reading this book I did not know much about it or Oscar Wilde. I knew the basic storyline of a man who’s portrait ages instead of him, and I knew that Oscar Wilde was an Irish poet/storyteller who was seen as scandalous and immoral at the time for his homosexuality.

The novel starts out with one of the three main characters, Lord Henry Wotton, going to visit his good friend and artist Basil Hallward. He finds him painting a young man by the name of Dorian Gray and becomes instantly taken with him. Mr Wilde never holds back with his descriptions of how beautiful Dorian Gray is.  When Lord Henry first meets him he describes him as “wonderfully handsome, with finely-curved scarlet lips, frank blue eyes and crisp gold hair”. I’m sure most would agree that it is Lord Henry who starts Dorian Gray on his downward spiral, but it is also when he first lays eyes on the portrait and “The sense of his own beauty came on him like a revelation”. It is then that he starts to realise there will be a day when his beauty fades, “the grace of his figure broken and deformed”.  So he expresses a desire to “sell his soul” so that it is the painting that ages rather than he. And of course, he gets his wish.

This for me, is when the novel really gets good.  Dorian Gray, fuelled by a “poisonous” French decadence novelª, a present from Lord Henry, goes on a downward spiral of every vice and act of debauchery he can get his hands on. I won’t go into too much else of the plot as I don’t want to give the story away of what happens to the various characters.  There is an actress he “falls for” and her brother who become involved in the story and, of course, the main characters of Basil and Lord Henry. I found myself much hating Lord Henry and feeling very sorry for Basil (or “poor Basil” as I called him).

Overall I enjoyed the dark gothic nature of this book, having never really read anything like this before  and I’m now keen to read more!  I know the book was used in Mr Wilde’s trial where he was accused of “gross indecency with other men” but by today’s standards the homoerotic nature running through the book is very subtle.

I was interested to find out how Mr Wilde saw himself in the book, if at all, and found a quote from Oscar which said “Basil Hallward is what I think I am: Lord Henry is what the world thinks me: Dorian is what I would like to be—in other ages, perhaps”. I guess that sums up the three different characters in the book and when you read the book it definitely gives you an insight into Mr Wilde himself.

I’m glad I read the book as it was part of my book goals to read more “classics” and I think it was definitely a good one to start with. And to quote Irvine Welsh who wrote the introduction to the edition I read “The Picture of Dorian Gray is, and will continue to be, Oscar Wilde’s most accessible work, and the perfect introduction to this marvellous writer”. And I completely agree!

—
ª the title of the novel is never revealed but at Oscar Wilde’s trial he admitted that he had in mind Joris-Karl Huysman’s A Rebours.