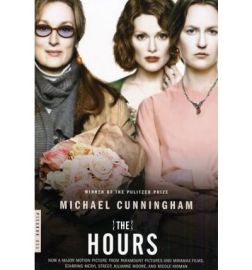 I just finished Michael Cunningham’s The Hours. This was a complicated read for me because it carried so many echoes of important pieces of my own life. I’m a psychologist, and I treat depression fairly frequently. Often it feels manageable, and I feel confident that our psychiatrist and I can help people reconnect fully with life. But there are patients with whom the physical grip of the illness feels too powerful, and it becomes literally a life and death battle to discover a way to help the patients wrest their minds from the conrol of the illness. In addition, early in my career, I worked almost entirely with HIV patients. From 1991 to 1996 volunteered at Gay Men’s Health Crisis in NY facilitating a group for men with AIDS. Until about 1995, an AIDS diagnosis was almost certainly a death sentence, with potential significant brain damage from opportunistic infections possible on the way. In the mid 90s, protease inhibitors began to turn things around. For those not too far damaged by infections, the reduction in viral load was able to make HIV into a more manageable chronic condition. The emotional complexity of this time was tremendous. Circles of friends already savaged by the disease had to make sense of the new possibility of hope and a resumption of fairly normal life for some, but the tragic reality that discoveries came too late to save the minds or lives of others equally precious. The work I did at GMHC is still the most moving work I have ever done. I loved and lost some tremendous people in those years, and at times the work was a powerful mixture of crystalline awareness of the beauty of life and its simple moments and tremendous despair at the devastation I bore witness to daily.

I think I may be the only person I know who has not seen the movie of The Hours. I knew this was a book that was in part about the writing of Mrs. Dalloway, and that it was about 3 women from different eras. But, I didn’t know I would be grappling with their moments of deep depression, and I had absolutely no idea I would be back in New York in the late 90s looking again into the heart of the AIDS epidemic. I had to take a very deep breath when I found myself walking the streets of my old neighborhood and watching the planning of a party for an author in the waning days of a battle with AIDS. I haven’t been back exactly there in awhile.

My review of this book reflects all this. I’m a little tearful as I type. I really can’t know how this book would feel to someone who doesn’t have these points of emotional connection. You will have to let me know. In the meantime, I am taking a few moments to savor the memories of the men who graced my life in those days, whose gifts to me are greater than they will ever know.

In The Hours, Michael Cunningham‘s Pulitzer Prize winning homage toVirginia Woolf‘s Mrs. Dalloway, the reader travels between single days in the lives of three women. The first is Virginia Woolf herself, convalescing at a country estate to rest from the stresses of London and beginning to craft Mrs. Dalloway. The second is Clarissa Vaughn, humorously called Mrs. Dalloway by her best friend and former lover Richard who is now dying of AIDS and for whom she is planning a party that evening. The third is Laura Brown, a housewife and mother in the suburban LA of the 1950s.

Cunningham explores the wonder that each woman feels at some moments of her day, but also the emptiness and desperation that can, with equal or greater power, eclipse other moments, leaving her feeling profoundly insecure and disconnected from the living of her own life. The least prone to the experiences of emptiness and insecurity is Clarissa, who is now in an 18-year lesbian partnership and mother of a grown daughter. This is not coincidental, both Virginia and Laura are enlivened by a same-sex kiss, the implications of which can not be as easily and fully explored in the social environments of their times as they can be by Clarissa. Clarissa’s freedom to explore her world more fully, to love deeply both the men and women in her life in ways that are honest, seems to be a piece that Cunningham sees as crucial to feeling at home in the world.

Reading Mrs. Dalloway prior to reading this novel is crucial to truly appreciating what Cunningham achieves here. Without it, the book is a meditation on identity, life, and love, with a skillful interweaving of multiple plotlines. Knowing Mrs. Dalloway, a reader is able to savor the echoes of Woolf’s style and the small details of plot which are captured and reworked by Cunningham, particularly in the thread which follows Clarissa’s day.

This novel is also one of a small group of works that expertly captures a particular moment in time at the end of the 1990s in the American gay community. Clarissa’s reflections on the effect of the early AIDS epidemic, and the subsequent changes wrought by the discovery of protease inhibitors, on the lives and relationships within the gay community at that time are exactly on target. This makes up a relatively small part of the novel, and yet the particular questions about life, sanity, and the nature of relationships that the changes in the epidemic cast in stark relief in those days are exactly the questions that form the center of the novel.

This is a complex and skillfully crafted work. Read Mrs. Dalloway first, so that you can truly appreciate it. 4.5 stars.

One thought on “The Hours – Michael Cunningham”