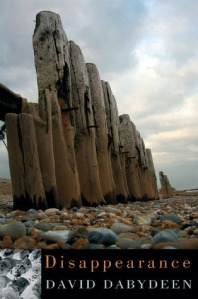 Work, work, work, that’s the doom of your people isn’t it? Isn’t that why the English shipped millions of you over to the Caribbean? So how come you don’t hate them?”

“I’ve not really considered it that way… I just don’t…” I said, thinking of Professor Fenwick’s influence on me, his conscientious tuition and dedication to duty. How could I hate such a man, whatever culture he belonged to? A single act of kindness on his part had the power to erase a whole history of crime. “It’s the future that matters,” I continued, struggling to evolve a cogent answer, “I’m me, not a mask or movement of history. I’m not black, I’m an engineer.”

“That’s silly,” she continued immediately, “you can’t block yourself off from the past and sit daydreaming at the edge of the desert. That’s why I had to go back with Jack, that’s why I wanted him to find me even though I resented it. I walked away from the desert and returned to the English compound and began to fight. I really longed to be alone, colorless and invisible, but I couldn’t escape being English, I couldn’t escape being what I was. So I fought against myself. No more slushy reminiscences in the English Club about oak trees and cream teas back home. Of course the other women grew suspicious of me when I gave up bridge sessions and meetings to plan safari weekends. Jack made excuses for me, saying the heat had gone to my head, that I had become grumpy and solitary, but I didn’t care. What mattered was secretly teaching the African children about our dinosaur culture, however deeply we tried to bury it and make neat furrows and tranquil gardens in the earth above. Do you know that the best histories of England are being written by black scholars nowadays? Do you? Probably some of those very children I taught who have now grown up.” She snatched the glass from my hand and poured out more wine. I noticed the trace of froth at the corner of her mouth. She’d worked herself up into a passion. I began to appreciate the reason for Jack’s absence. He had not abandoned her, he had run away! She was too formidable for him, so he fled. All his fantasies of blood and sex were nothing compared to the knowledge of horror she possessed and was determined to proclaim. “You don’t know much about our history or yours,” she said, resuming her attack. “Have you ever thought that the engineering you’re versed in is all derived from us? That we’ve made you so whiter than white that whatever fear and hatred you should feel for us is covered over completely?”

I had no trouble finding a passage to quote in Disappearance. The hard part was choosing among the many that I post-it marked along the way as I was reading. David Dabydeen tells the tale of a Guyanese engineer of African descent visiting a rural coastal English town to work on a project to shore up collapsing cliffs against the forces of a powerful sea. He rooms at the home of an aging British woman whose husband is not around and whose whereabouts aren’t entirely clear. She has spent a portion of her married life in Africa, and the engineer is profoundly unsettled by the artifacts on prominent display in her home which call to mind his ethnic heritage and by her expectations about who he is, based on his nationality and ethnicity. The book is about identity, colonialism and its effects on colonized and colonizer, about rationality vs. superstition and belief, about the relationship of the personal and the political, and about the ability of humankind to triumph over the power of the natural world. The engineer comes to like his host very much, but struggles to make sense of her. He is also struggling to understand himself and the philosophies that guide him personally and professionally. The story weaves in and out of the present, with Mrs. Rutherford and others in the village telling him of her past, and with the engineer recalling his own childhood and early career in Guyana.

I liked this book, I really liked it, but wasn’t blown away or enchanted. I think I was in my head rather than my heart for the most part, and the things it did with my head were not interesting or experimental or revealing enough to make up for my not being more emotionally involved. I definitely recommend the book, but there are others I’d tell you to get to first if you had to choose. Still, I’m glad I had time for this one, and I’m particularly glad for a quick and interesting read from the 1001 list from a country as small and under-represented in world literature as Guyana. Because I hate to have to leave out some interesting quotes, I’ll close with another passage, this one from the narrator’s memories of Guyana.

“Repentance?” I asked, startled by her mention of the word which haunted my boyhood. “How do you mean?” But she said nothing else, retreating into herself, into a space as cramped and suffocating as the village she had come from, a handful of homes in the pocket of bush on the banks of a river too dangerous to cross except by boats with engines. Its strong hidden currents frequently capsized the small canoes they paddled, sucking in a body and feeding it downstream to piranha. There seemed to be no way into the village and no way out except by hazarding one’s life. Those born into the place were doomed to stay there, inheriting the wretched plots of clearing from their parents, existing on a diet of yams, plantains, wild fowl, and fish. She had managed to get out, only to be trapped in a canteen in the service of male students who wanted to force her into the tighter space of their lust. And yet the word “repentance” came from her mouth, so naturally, Alfred’s big word which had signified to me the whole broadness of the sky in which God lived. “So big,” he had said, pointing to the sky before returning to the patch of cloth on his machine.